The University of Lincoln Black Feminist Society have spent the last two weeks leading a Food Drive to help the local community.

The Food Drive, named “Not worthless because you are worth less”, initially came about at the end of October when Naomi, The President of The Black Feminist Society (BFS), became aware of parliament’s decision to vote against extending free meals for school children during the Holidays until Easter 2021.

As a result, Naomi spoke about this to committee members within the society, and due to the collective disheartenment, they decided to take matters into their own hands, and lead a Food Drive to support the local community. This was an initiative the BFS felt very strongly about, as the committee were wholeheartedly against the decision not to extend the free school meals proposal, explaining “members of the BFS committee were free school meals kids and we relied on those meals to get us to where we are now.” The BFS also continued to say the following:

"This is an important initiative because the decision to not extend the proposal was simply classist and dehumanising. Many times working class people are demonised for not having the resources to meet their basic needs while we praise the more fortunate for hoarding what they can simply live without. Feeding children should never be a debate, no, in fact, feeding people should never be a debate. If the systems we originally put in place to help us with matters such as these are carefully maintained and guarded, communities wouldn’t only have to rely on the hope of good Samaritans. It’s borderline satirical to claim that we live in a well-developed country when we have neighbours, family, friends or anyone worrying about where their next meal is coming from."

The Black Feminist Society were not alone in their efforts and they would like to send a thank you to all the societies involved, including Lincoln Fem Society, Law Society, Jewish Society, Boob Society, Marrow Society, Life Science Society, Wildlife Society, and Geography Society, who all played their part to promote and support the initiative. The BFS were appreciative of all the support and stated “Additionally, thank you to the student community who banded together. Thank you to all of you who reached out to your friends, flatmates etc, your kindness will always be appreciated.”

The Food Drive was initially scheduled to take place for one month, however this unfortunately had to be rethought due to lockdown restrictions and consequently was shortened to two weeks.

Despite the change to the original plan, this didn’t dampen the spirits of the BFS and due to the fantastic work of them and their fellow societies, they received many food donations for their Food Drive. The donated food has now been donated to Bridge Hub Community Centre, where it will now be transferred to a distribution centre to be donated across food banks in Lincoln. Alongside this, the BFS are also in the process of establishing a JustGiving page, to encourage students and the community to donate money towards to purchase of fresh fruit and veg. 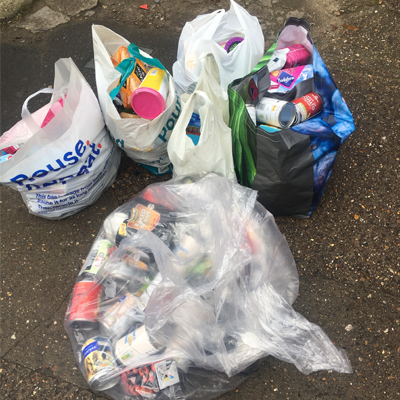 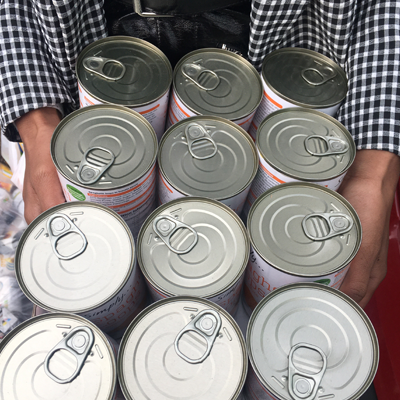 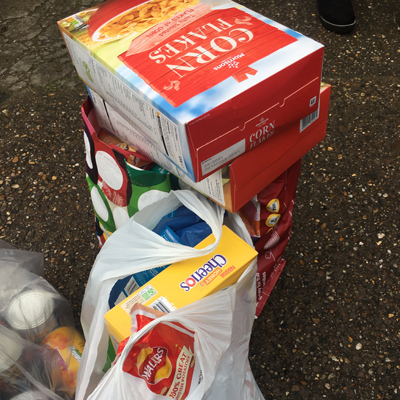 This is not the only work the BFS plan on undertaking either. Going forward, they aim to support many charities who focus on the belittlement of marginalised communities.

“We hope that with the success of this campaign, people can realise that you don’t need to be a big name or have a lot in your bank account. We can all give a little that will help a lot.”

Are you or your student group involved in a community project? Let us know! We want to hear all about the campaigns and initiatives ran by students, aiming to make a positive impact in the community. Get in touch now via [email protected] and tell us all about it.