Did you know that since the beginning of term RAG (Raise and Give) have been supporting students who have been fundraising in a number of different ways?

People fundraise for many different reasons, and students at Lincoln are no different.

This year we have two different challenge events for adventurous students to get involved in either by climbing Kilimanjaro or completing the Three Peaks challenge, raising money for MIND. Not only that but we now have another group of very brave students who are going to do a Skydive for RAG’s chosen charity, CRY (Cardiac Risk in the Young).

But there’s more... a number of our Sports and Societies have been working on their tashes helping to raise money for Movember – there are still a number of days to go until the big shave but already nearly £4000 has been raised for the Movember Foundation.

The Student Led Volunteer projects have been hosting fundraising events over the last three months, and if last year is anything to go by, tonnes of money will be raised for various charities.

Recently, RAG week took place which involved the RAG team putting on a number of different events to raise money and to encourage others to get the fundraising bug – yes it’s hard work but the results speak for themselves.

The big question is, how much money has been raised so far? By the final week of November, the combined total was already in excess of £13,000!

The pie chart below shows the breakdown of how this money has been raised as of 26/11/19. 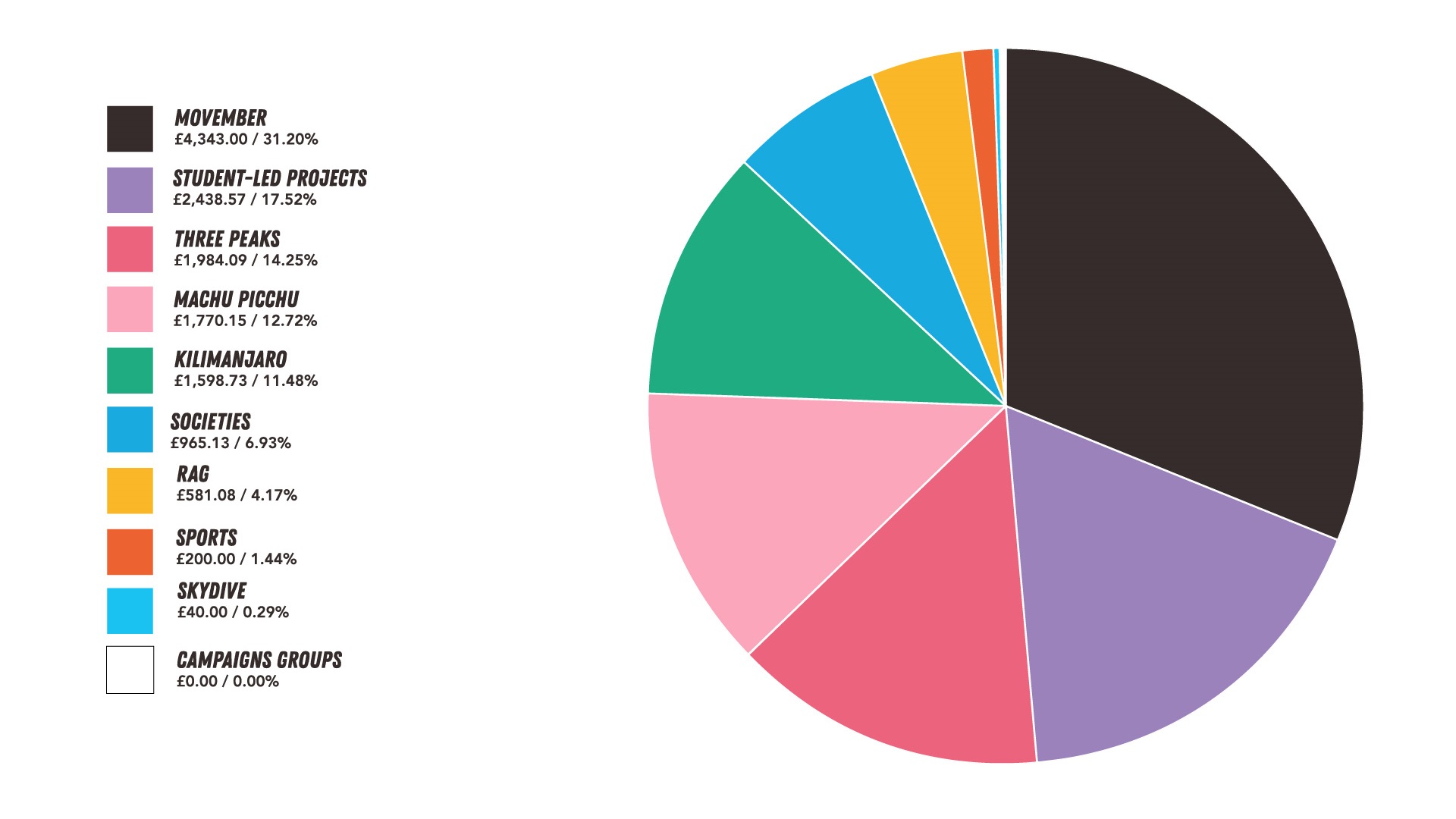 If you would like to get involved or perhaps you are already planning something and would like to include your fundraising in Lincoln’s overall total, contact [email protected].