An update from Jacob, your LGBT+ Officer.

As quickly as it came upon us, LGBT+ History Month 2019 is now over and I wanted to take the time to write up a first-hand account of what it’s like to be part of the University of Lincoln Student' Union Campaigns Network, and more specifically, the LGBT+ Campaigns Group, during an event like this. Likewise, the importance to continue to spread awareness and to educate students throughout the year, is often overlooked, and that’s about to change.

From being elected into this role in January 2019, my experience as LGBT+ Campaigns Officer has been a whirlwind, but I have thoroughly enjoyed every moment. With an equally as passionate and enthusiastic committee, and a vast number of members, the potential for this group is incredible, and something we wish to utilise for the rest of this semester and looking into 2019/20.

As well as raising awareness and educating students and staff across the university and across campus, another aim of all the Campaigns Groups is to fundraise for charities that support the social group we are representing. This year, we have worked closely with Mermaids UK and Positive Health Lincoln which work with LGBT+ people across the country, especially with the increase of poor mental health amongst LGBT+ people due to bullying, misrepresentation, and discrimination.

What did we get up to?

Our first event, for LGBT+ History Month, was a coffee morning in The Swan which provided a safe and relaxed environment for students who were part of the LGBT+ Campaigns Group, and those who aren’t, to come together and socialise and breakdown social barriers by discussing LGBT+ issues and participating in activities. With support from SU President, Kudzai, and other Campaigns Network groups, such as the University Boob Team, the event received great feedback and we are in the process of putting together similar coffee mornings in the future.
Our second event joined together the LGBT+ Campaigns Group with the University Boob Team (who reached their £1000 fundraising target after this event) to put together a quiz night, humorously named ‘Queerz Night’, which tested the participants general, LGBT+ and boob knowledge, with prizes donated by ‘Lovehoney’ and the LPAC. This event raised around £56, which was donated to our relevant charities.

Along with two movie nights at Wildwood Restaurant, where we showed ‘Paris is Burning’ and ‘Priscilla, Queen of the Desert’, the LGBT+ Campaigns Group put together a closing event to celebrate and promote the LGBT+ community, and individuals who have protested and fought for LGBT+ freedom. Following on from the ‘LGBT+ Famous People Poster Trail’, which we put together around campus, which is posters that depict LGBT+ activists, their lives and their impact on the LGBT+ community, the closing event brought together the LGBT+ Campaigns Group, university students, and guest speakers from Mermaids UK, BGU and the SU. 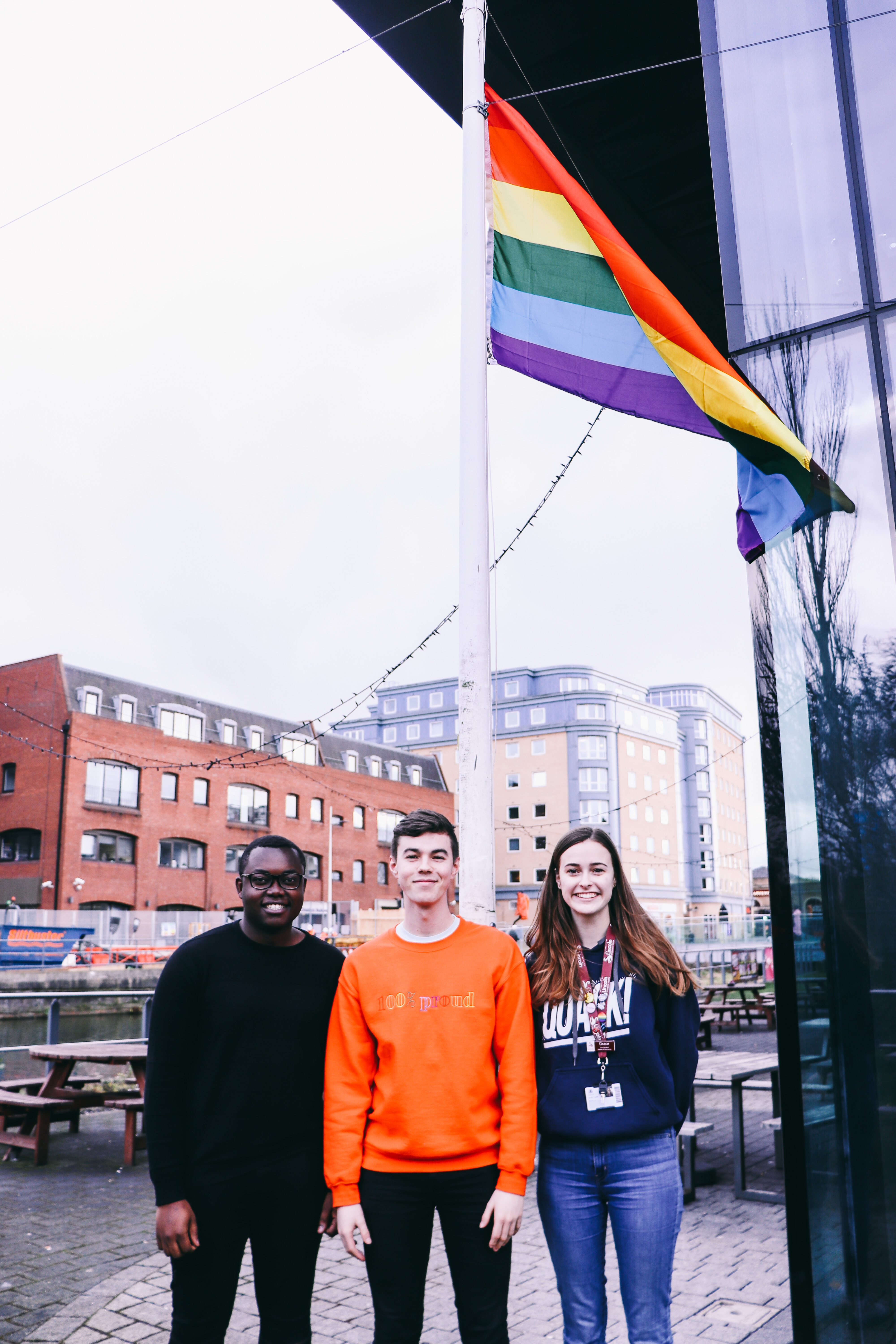 So, looking forward to the future, and my final point in this review of LGBT+ History Month 2019, is the importance of continuing to support the LGBT+ Campaigns Group, the entire Campaigns Network, and all minority groups at the university, and across the country, to work towards a more inclusive and equal society in the future. Whilst we have focused all of our attention over the last few months of celebrating LGBT+ History Month, that doesn’t mean that once it is over, we stop caring or educating. With a Trans March, Rainbow Clothes Donation, and PRIDE 2019 on the horizon, there is certainly much to look forward to.

But what I have found with this role, is that the University of Lincoln and the Students' Union have an incredibly firm and positive stance on removing discrimination, bigotry, hate crime and segregation from university life and the mindset of its students, to develop a generation of open-minded and passionate individuals. The University of Lincoln has a task force that deals with Gender-Based Violence, the Race Equality Charter and offer support in the form of the Advice Centre, Student Support, and the Health Centre. The Student’s Union has a VP Welfare & Community Student Leader and numerous Campaigns Officers and Project Leaders who represent and empower those who feel they have been shunned by society.

The message I wish to end on, is that EVERY SINGLE STUDENT at the University of Lincoln has a voice, and it is valid, and it is being heard. There is a framework of support and encouragement for those who need it and want it, and it is accessible. So please, support the Campaigns Network, get involved with volunteering and raising awareness, and speak out against discrimination and misrepresentation, because the student body is powerful.