An update from Jacob, your LGBT+ Officer.

Transgender Day of Remembrance celebrates the lives of thousands of Trans and Non-Binary people throughout history who have fought against and challenged governments, and those in power, for the right to exist, the right to be themselves, and the right to be treated equally. They have stood up in numbers and stood proud for so many years and have paved the way for the LGBT+ community to step forward and be counted as a crucial segment of society. We often forget the struggles that generations before us have faced and the constant bombardment of hate and discrimination that is still faced by so many LGBT+ people in the 21st century, so Transgender Day of Remembrance is so important in allowing us to reflect on this and think about how we go forward.

For this occasion, the LGBT+ Campaigns Group on behalf of the University of Lincoln Students’ Union, hosted two events for Transgender Day of Remembrance to engage staff and students from across campus. We organised a Trans Awareness March across Lincoln to show our support for Trans and Non-Binary people and make staff, students and the public aware of the issues faced by Trans and Non-Binary people every day. With a placard making session before, which included students creating signs and banners with information and statements on, the event aimed to get people starting conversations and questioning whether they feel enough is being done to help. The route covered parts of campus and Lincoln city centre to make sure that we could engage the biggest audience possible and have the largest impact.

The Trans Awareness March was incredibly successful with over 35 staff and students getting involved and, this doesn’t include the media and news coverage we received promoting and documenting the event, or the handful of fantastic SU Volunteers who helped guide people along the route and keep the group safe. The march also included a short talk at the halfway point from our Gender Representative, Riley Wade, who spoke about the importance of TDoR and how by coming out and being part of the day’s events, those in the march were actively fighting for change and showing their support for the Trans and Non-Binary community.

Our second event for Transgender Day of Remembrance was a Reflection Evening which provided a space for staff and students to come together and reflect on the lives of Trans and Gender Non-Conforming people who have been killed through hate crime, discrimination and suicide. The event included guest speakers, a student performance, educational talks from students, and a moment of reflection held by members of the Multi-Faith Chaplaincy at the university. The event received a remarkable turnout and was moving and powerful, with many attendees stating how the event made them think more about the battle LGBT+ people still face in the 21st century. 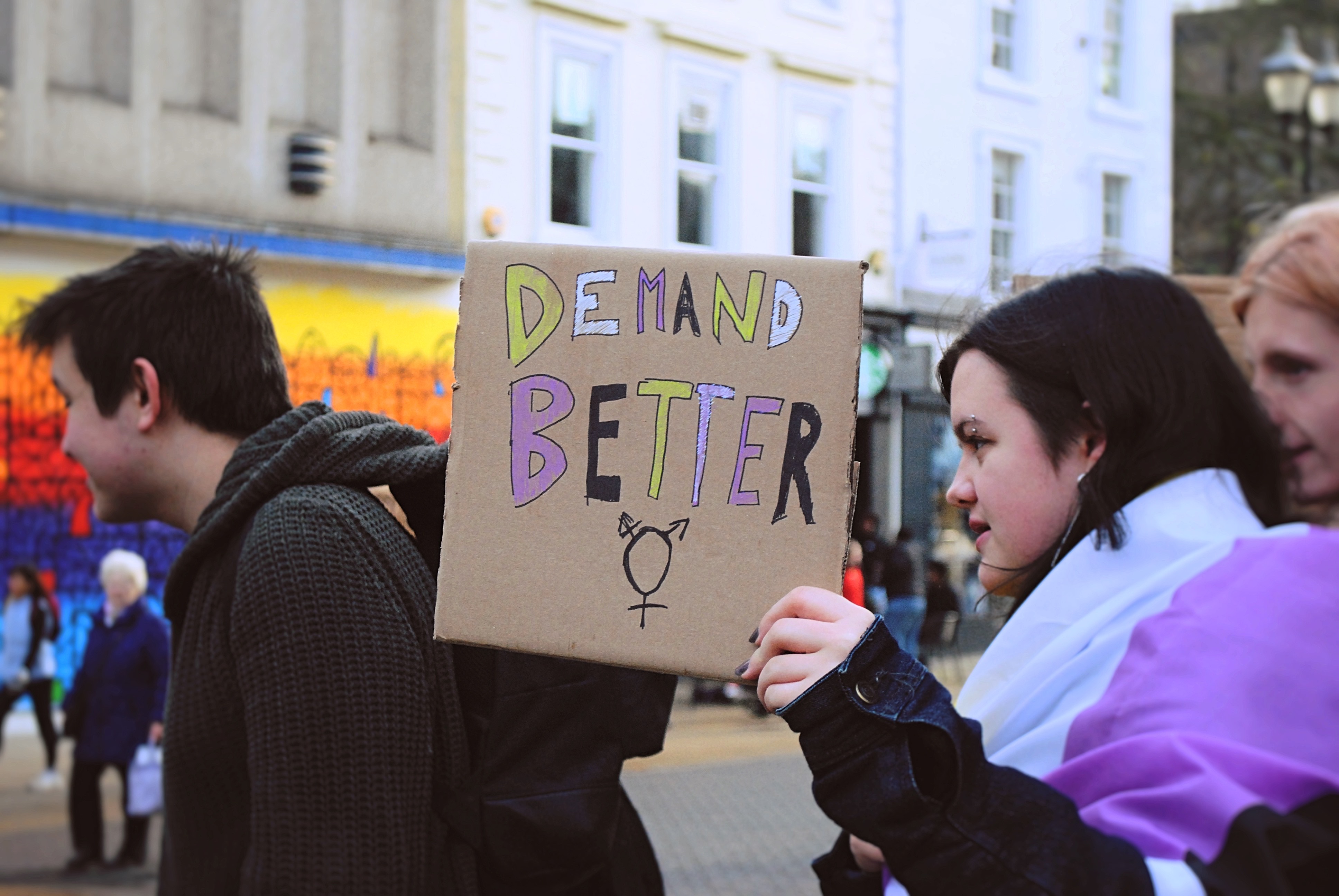 So, what’s next? We now look ahead to LGBT+ History Month in February 2020, with many exciting events and opportunities in the works, we hope to make it even bigger and better than before. We hope to inspire students to speak out and get involved with campaigns with a heavy focus on promoting LGBT+ artists, sports peoples, activists and more. There will also be specific focus on the even smaller minorities within the LGBT+ community for example, Asexual and Pansexual awareness.

To conclude, all of us in the LGBT+ Campaigns Group committee are incredibly moved by the support for the Trans Day of Remembrance events and are so excited to bring you more incredible events like it. So, keep supporting the Campaigns Network, be actively involved in campaigns and events that promote unity and equality, and never stop educating yourself because knowledge is power.